Emperor Heinrich II founds the Bishopric of Bamberg in 1007. The city becomes the centre of the Holy Roman Empire of the German Nation. Since 1993 Bamberg is UNESCO World Heritage City.

The World Heritage site comprises three historical settlements: the episcopal
City on the Hills characterised by imposing architecture; the civic Island City, the vibrant heart of trade and commerce, and the Market Gardeners’ District with its long tradition of market gardening that still lives on.

The University of Bamberg is a middle-sized University with an academic focus on the humanities, social and economic sciences, as well as human sciences rounded out by application-oriented computer sciences. Interdisciplinary research activity and the ability to combine degree programmes contribute to the university’s distinguished status in Germany’s academic community. The University of Bamberg profits from its location in a world cultural heritage site and acts as the region’s academic hub. Short distances, both literally and figuratively, facilitate good advisory services, personal communication and interdisciplinary research, teaching and learning.

Brochure: The University of Bamberg. Steeped in Tradition and Committed to the Future

While Bamberg itself does not have an airport, there are three airports around Bamberg that can be reached within three hours.

Depending on the terminal you arrive at, you need to find the train station Frankfurt Flughafen, which is serviced by Deutsche Bahn (DB). There you can take get your ticket for the entire journey from the ticket machines operated by DB.

To get to Bamberg, you will have to change at Würzburg and depending on your connection, you either get a train from the airport to Würzburg or you need to change again at Frankfurt main train station. At Würzburg, you will then take a regional train to Bamberg.

Depending on whether or not you have to change at Frankfurt main station, the journey to Bamberg takes between 2h 30 mins and 3h.

You need to take an S-Bahn first to get to Munich main train station.

The S-Bahn stop at Munich airport is located in front of the terminals (ca. 5 mins on foot). Trains go approximately every 15 mins. When you arrive at München Hauptbahnhof (main train station), you can either take a direct train to Bamberg or you need to change at Nuremberg, depending on the connection.

Ticktes for going to Bamberg can already be purchased at Munich ariport. At the ticket machines provided by DB (Deutsche Bahn) you can get a ticket for the entire journey.

Depending on the train connection at Munich main train station, you will take between 2h 45mins and 3h 30mins to get to Bamberg.

You need to look for the U-Bahn, the Nuremberg underground. On a workday, trains leave approximately every 10 mins and you need to take a train to Nürnberg Hauptbahnhof (main train station). There, you take any regional train to Bamberg.

Tickets for going to Bamberg can already be purchased at Nurembger airport. At the ticket machines provided by VAG or VGN you can get a ticket to Bamberg and need not buy another one at the main train station. Please note that with such a ticket, you can only use regional trains, no IC or ICE trains.

Since the public busses are also operated by this company, you can even get a ticket to the bus stop closest to your hotel and get the ticket already at Nuremberg airport. Please check their website for more information.

In total, you will take approx. 90 mins to get to Bamberg from Nuremberg airport.

To get to Bamberg by train, travellers often have to change either at Würzburg or at Nuremberg and take the last hour of their journey on a regional train.

To plan your journey by train, please check the website of the German rail company, Deutsche Bahn. Once you arrive at Bamberg train station, you can either walk to your hotel or take a taxi or take one of the public busses operated by VAG/VGN. Please check their website to find out more about bus connections.

The historic centre of Bamberg is a year-round popular tourist destination, especially in summer and autumn. Therefore we recommend to book your accomodation as early as possible. The Tourist Information Bamberg will gladly support you in your search for an accommodation. 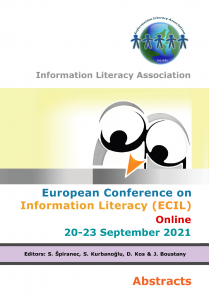 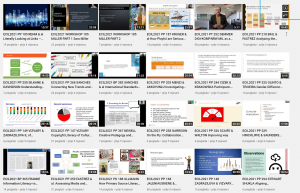